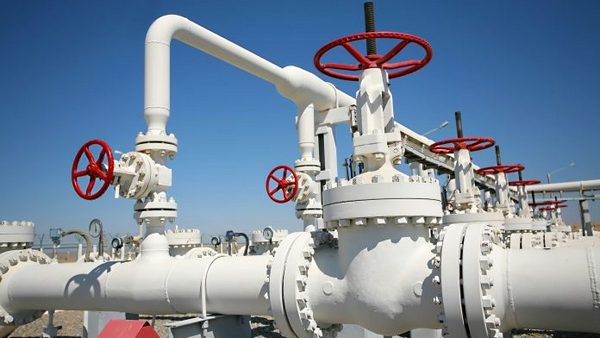 Pipeline valves mainly consist of ball valves, gate valves, check valves and plug valves. Pipeline Valves are installed at intervals along pipelines and can be closed to stop the flow of for the petroleum and natural gas.

Pipeline valves mainly consist of ball valves, gate valves, check valves and plug valves. Pipeline Valves are installed at intervals along pipelines and can be closed to stop the flow of for the petroleum and natural gas.

The pipeline valves are commonly designed as per API 6D standard, which defines the requirements for the design, manufactuing , assembly, testing, and documentation of ball, check, gate, and plug valves for application in pipeline and piping systems for the petroleum and natural gas industries.

Although interior pressures are also quite high in subsea pipelines, it is sometimes the outside pressure from the extreme depths that introduces the most stress on valves and piping. As a result, pipeline valves designed for installation at great depths are often tested in a hyperbaric chamber, where extreme pressure is exerted on the outside of the valve, while the inside is sealed against the external pressure.

All pipeline valves receive seat and shell tests per API 6D or 6DSS, not unlike their downstream counterparts, which are usually tested in accordance with API 598, “Valve Inspection & Testing.” One difference between the two testing documents is that, with API 6D pipeline valves, the holding times for the tests are much longer. For example, a 24-inch valve shell tested per API 598 requires a five-minute duration, while the same size valve tested per API 6D requires a 30-minute duration. These longer holding times for pipeline valve tests are often extended into hours by the supplementary test requirements of many pipeline owners.

While pipelines and pipeline valves lie mostly invisible beneath six feet of earth or under 600 feet of ocean, they are nonetheless highly “visible” when an accident occurs. As a result, pipeline valves are closely scrutinized members of the valve family. They are built to tougher standards and must work every time because they must protect lives and property that lie near their installations. Pipeline valves could borrow the Latin motto of the United States Coast Guard, which is “Semper Paratus,” which means: always ready.

Understanding how pipelines operate provides a better understanding of how valves are used in pipeline service. Major pipelines receive input from either smaller gathering lines, tank farms or, in the case of finished products, refineries and petrochemical plants. Because of friction losses, the arriving pressure of the fluid is much too low to provide enough energy to send the product very far through the line. Most transmission pipelines in the United States operate at maximum pressures of less than 1440 psi. Common maximum target pressures range from 700-725 psi and 1300-1400 psi, which equates to ANSI classes 300 and 600 respectively. These maximum pressures would only be found immediately downstream of pumps or compressors.

Because of the pressure drop in the line, booster pumping stations at intervals along the line are needed. In the case of a liquid such as crude oil, a minimum pressure of about 25-50 psi is needed for the suction side of the booster pumps to operate. Each booster pumping station is equipped with manifolds containing many valve types, including gate, ball, check, and in areas where pigging is not required, reduced port, lubricated plug valves. Additionally, control valves often are used to regulate flow from the stations.

The most common pressure class for pipeline transmission lines is class 600, which has a working pressure of 1440 psi. The valve ratings are in accordance with The American Society of Mechanical Engineers (ASME) standard B16.34 and API 6D.

Although a number of valves are in operation at each pumping station (for liquids) or compressor station (for gas transmission), the critical valves in a pipeline are spaced along its route. They serve as blocking or isolation valves to segregate pipeline sections for required maintenance or to help in cases of an accident. The minimum required spacing of these valves is prescribed in ASME B31.4, “Gas Transmission & Distribution Piping Systems” and ASME B31.8, “Pipeline Transportation Systems for Liquid Hydrocarbons & Other Liquids.”

Several factors influence valve spacing, including: 1) the amount of potential fluid leakage, 2) the impact of a release, 3) future development in the pipeline area, and 4) the time required to blow down (empty) an isolated section. Other criteria include how close the line is to occupied buildings and houses. According to B31.4, the distance between block valves could be as little as four miles apart for a gas pipeline. 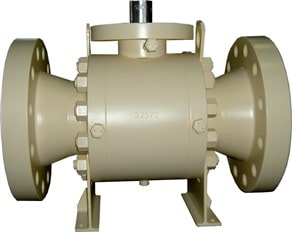 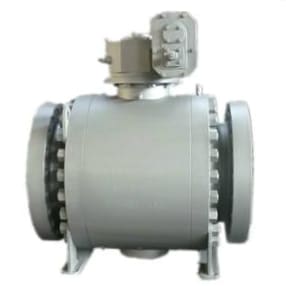